Imagine scurrying off to war at 11 years of age and only allowed in because you cheated your own last name and looked 14? And leaving your childhood behind forever for the adventure most men even feared? You had no concept of a telephone or electricity let alone the world at large! Or war! But how the memory of all, including shaking the hands of both General Robert E. Lee and General Beauregard must have been some of his fondest as he grew old. Just something about Little Drummer Boys we’d garner to say. And that is what Whitemarsh H. MacFeeley would become for a South Carolina unit long before he was buried in Savannah at 67 years of age in 1920. But the road to discovering when exactly he was born or died or whether he himself really knew his own actual age has been part of the research fun! We hope you enjoy this video!

Some of my fans and friends out there have already read this but wanted to add it to my blog as its been a popular request. Really looking forward to the expanded version of this story one day so people can really appreciate what a great friendship I shared with Paul Blatner and what a great man he was to this life! 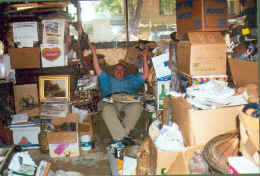 So I have a theory on why I saw the ghosts two days ago. It was today that I learned that on the same day, one of my very good friends, mentors, teachers, Paul Blatner died. He was an amazing man who I will never in my life forget and he was just 58. He was one of the most amazing collectors I have ever met and very distinguished in his accomplishments. He started The Savannah History Museum, was an archivist at The Smithsonian and some of the objects on permanent loan there in the black studies collection, are considered priceless and the most valuable in the museum itself. He was funny, like a brother and I just talked to him less than two weeks ago for the last time and we shared some laughs. I am currently writing a story to honor his memory and our friendship and will be sharing it with everyone soon. A funny moment occurred this morning. I did not know his funeral was in Bonaventure at 10:30am but as I walked my tour to the map board there, I see the red funeral arrow bearing his name. I briefly mentioned him to my crowd, and first person to drive in and up to me was Professor John Duncan (Midnight In The Garden of Good and Evil character) and naturally he asks me for directions. So for about 5 minutes I stood there and directed everyone towards Paul’s plot. I believe this was the universe operating yet again and Paul was smiling on this. Our friendship was about stories and ribald and while he was being sent to the Great Beyond, I was peppering the grounds shaman style with the energy of my storytelling. Naturally I intend to make him a stop on my tours in the future. Yes, later I went back to have a word with him and wanted to take him something personal that was “of me” and “of us.” As he was one of the great bottle colllector’s of Savannah, and almost literally, “The Father Of,” I placed a broken 19th century Savannah made Ginger Beer bottle at his grave as a flower vase. I found this in Bonaventure awhile ago and to me, the broken aspect, symbolic of the end of our earthly friendship and that yes, an earthly gesture that there will never be another like him. Bottles can be seen as the foundation collection of real collectors and shows humbleness and the ability to see beauty in simple things, which too are often very valuable as objects. At core bottles show others that you’re willing to really get dirty and dig to find something great and that you’re more than high brow academic or snooty antiques’ dealer. I kid the reader not, but I could bring Paul a pile of mixed glass out of a hole in the ground and Paul could tell me where and when every piece if it was made! The other object is a miniature of the statue to the Unknown Confederate Dead that you find in Oakland Cemetery in Atlanta. Paul was a Reb through an’ through and had one of the most amazing Confederate collections in America, including the rifle surrendered to Sherman by the Savannah Mayor. Interestingly, Paul was also buried with his father today. Howard Lee Blatner who died in 2009. I also knew him and he was a great man who grew up in the orphanage, Bethesda, America’s oldest orphanage begun by Ben Franklin in 1740. His father had been cremated and Paul had his ashes in a closet the whole time so Paul’s sister interred both of them together and as they were really a team for so many years in so many things, it was only right. I am grateful that Paul doted some amazing story objects on me as collector and that these things are now part of my storytelling. I consider it a blessing that I will always be evoking his name with the ways that I continue to inspire people. In that sense, we too will always be a team. And to some degree, this is why I believe I saw the two children spirits with their Tom Sawyer & Huck Finn hats. We were two friends that like children, delighted in the world around us and made one another giddy without any thought paid to who was watching. Long live Paul Blatner. The South mourns you fine sir. 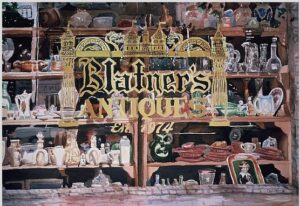 My Song Dedication To My Friend Paul Blatner