Shannon Scott, aka, "The Bard of Bonaventure," or "The Storyist," is a 30 year resident of Savannah, Georgia and easily Savannah's best known storyteller at this point in his career. Scott has worked for national TV shows like, "Scariest Places On Earth," "Ghost Hunters," and produced his own documentary, "America's Most Haunted City" about Savannah, Georgia. As a vehicle, Shannon utilizes the story of cemeteries like Bonaventure, to commentate on symbolic language, art, burial traditions, secret societies, politics, romance, ritual traditions of many cultures and really the greater connections to the history of the world and present-day life.

It’s hard to say when exactly Halloween came to Savannah but yes, with one witch from Ireland arriving to Savannah ala shipwreck, certain pagan traditions with a tint and hint of Christianity formed around many holidays or rituals, Hallow’s Eve or Samhain was never far from the life experience of superstitious people. Savannahians certainly cleaned it up, but it remains fascinating to me that until the 1950s, they burned 50-foot bonfires in Johnson Square and Washington Square, an act that we can trace back to the 1840s in Savannah. Naturally, the pagan regalia of early got traded up for Ben Franklin 5 & 10 costumes with Hanna Barbera themes, but in the earliest hours, no question that this was an active solstice mid-term for scaring away demons from the crops so that there was a cornucopia to share. It’s exactly what “Shout at The Devil” really means! 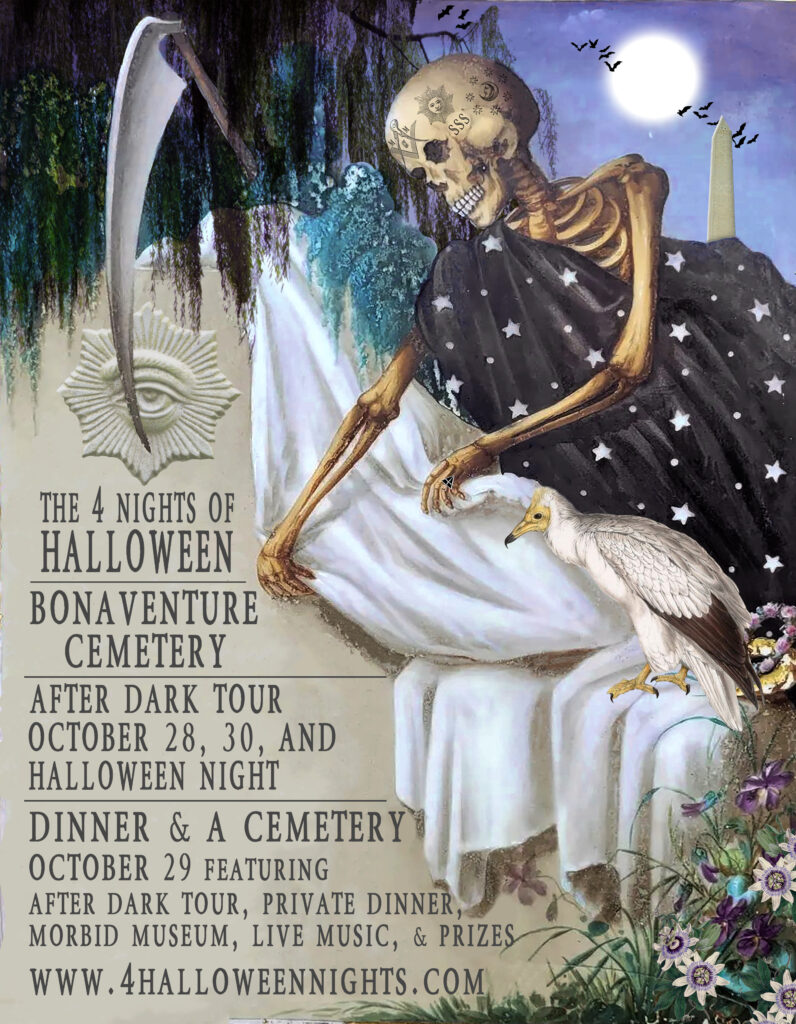 By the 1950s, the Savannah Fire Department would stand around the edges of our city squares where the fire festival was happening, and they would simultaneously spray down the facades of the buildings to keep them safe. When Trick O’Treating became the main game of suburbia and suburban sprawl took root while Savannah’s Historic District died off for a time, all of the above disappeared and few to none of the nouveau riche living here now, know anything about it. Some Savannhians who are still around from those days, and trust me, there aren’t too many, recollect those hours with a fondness that warms the heart. They also recall parents taking 40 or 50 at a time in costume, then parading them around Bonaventure Cemetery for some good-natured spooky times. They told the ghost stories of Little Gracie, many of which came from caretaker families who lived in the cemetery for years. That tradition also went by the way for one reason or the other.

So we decided to remedy the missing link by adding something Halloween-ish but respectful to the old dame, Madame Bonaventure Cemetery, and several years ago began an exclusive event, now referred to as The 4 Nights of Halloween

The event offers people an exclusive exploration of Bonaventure Cemetery after dark as only host, Shannon Scott can provide, and as we’re such purists, we’re about the only event happening on actual Halloween Night which as readers know, is a Monday! Trust us when we say you’ll be hard-pressed to find anything to do that’s worth the ticket price on a Monday night in Savannah except this! And yes, the PREMIERE evening is Saturday October 29th which includes the 3 Hour After Dark Tour, a private dinner at Erica Davis Lowcountry where we’ve rented out the facility for the evening and music provided by the spooky, kooky but always rocking band, The Donna Savage Band! (See Video Below). The evening will have firepits, a FULL BAR, Shannon Scott’s “Morbid Museum” collection on display and then really incredible prizes that are beyond the pale! ALL OF THESE EVENTS HAVE LIMITED TICKETS! As you might guess, they sell out every year so we cannot stress enough, if any of these evenings strike your fancy – DO NOT DELAY! GO BIG FOR HALLOWEEN BY GOING BONAVENTURE!
WWW.4HALLOWEENNIGHTS.COM

As New Orleans is my home away from home, particularly its cemeteries, I was honored to be invited by talk show host, Jeff Crouere of Ringside Politics on WSGO 990AM to discuss a lawsuit against the Archdiocese of New Orleans respective of cemetery accessibility and what the motivations of closing, limiting them may actually be along with other cemetery challenges. I join a distinguished company here with Mindy Shea Frazier of Visit Savannah and Jane Batty, Director of Louisiana Good Life. 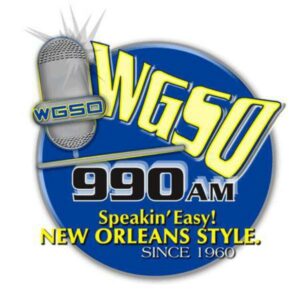