I still covet this work as one of the best I’ve ever done. Long ago I met a person on my road to a higher self and learned much about visiting a world where I did not belong but fell for their Siren call. She was all 3 of them in one body.

She was the ice queen.
A boreal beauty.
Bearing love formed by tiny crystals,
shimmering silver, red and gold.
Fracturing light into rays spectacular.
Storing the warmth of the sun in all her parts.

But only to a specific degree.
For ice is ice.
And some goddesses are frosty indeed.

Her ardent smile could freeze you solid,
but left your blood running lukewarm.
Her febrile words were a fireside invitation,
but to the inside of a frigid room.
Her burning eyes could melt you to a puddle,
but found you bathed by gelid water.
Her pyretic touch invigorated cold skin,
but leaves your love frostbitten.

Yes, the ice queen can only be warmly admired and never handled.
Her wintery land does see the sun pass and set, but there?
Spring and Summer are but seconds and not seasons.
Only what is born there can inhabit her artic domain.
Her kingdom is enchanting, but for warmer creatures life there only promises pain.

Travelers like thee will always be her curious.
Opposites attract as opposites will be.
Momentary fools maybe, but in the end, her destiny divides.
For she must find someone as cold as she.

For ice is ice.
And some goddesses are frosty indeed. 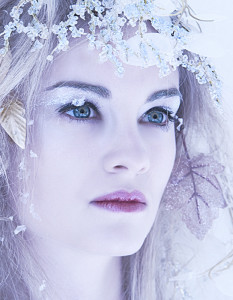 When I was growing up, I loved the radio. WLS in Chicago and “Animal Stories” or Paul Harvey (who once mentioned me on his show!), Wolfman Jack, Kasey Kasem and so many others. I would buy crystal radio hobby kits and build them with my solder iron and at night, move the antenna wire around my headboard to catch the signal just right. I would also play with my voice and create characters and did my best to emulate and immitate the rise, fall and other nuances of my favorite MC’s voices. All of this made more ironic later when at 15 I learned that my biological father had been a radio announcer and confirmed without doubt, I’d inherited at least his voice. 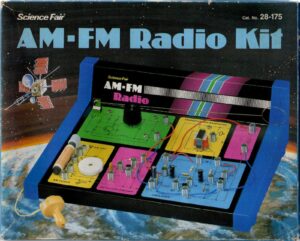 Before the video game craze

Eventually, like lots of young intellectuals and music snobs in the making, I learned there was nothing cooler than National Public Radio. Other than sugar & cream, it was the other condiment for your coffee. And I lived for this station and their relative affiliates from state to state. I couldn’t wait until announcer Karl Haas opened his “Adventures In Good Music” with his intellecutally amused, “H-E-L-L-O every-one, I’m Karl Haas.” And of course Garrison Keillor to modern day storytellers, was the Mark Twain we never got to meet. My co-pilot is Lake Wobegon Days! In High School, when public radio was still largely classical music, it was my soundtrack for artistic all nighters, and continued later in my art school college years. Sadly my affections have waned as now, NPR has just become a government control tool funded by the worst of government operators and the wildest of liberal, Leftist political circles. I know, don’t throw the baby out with the bath water, but let’s just say I savor my memories and my fingers, eyes and ears now shun the call letters. You know, Paradise Lost an’ all of that. 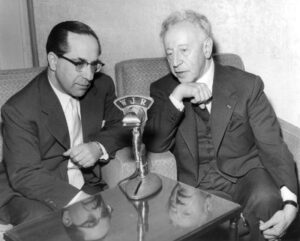 But “Back in the early 2000s,” a tall yummy writer with naturally licorice red hair, Heather McHelhatton, contacted me about doing an interview for the Minnesota NPR show, “Savvy Traveler.” That was also a goodie back then. The show’s announcer, Diana Nyad (Champion Swimmer) had one of those smart, sardonic, even bedroom tonalities that you just wanted to worship and take a bath in. Sticky good. So when one of her field agents, Heather wanted to interview me about Savannah’s growing paranormal reputation for the show, I was beyond thrilled. I really wanted to do a good job for Savannah and myself. Which I was all about promoting Savannah to the greater world and having my name on the marquee as such. I’ve been criticized and hated for what people have called self promotion through the years, but if that’s all people think its been, they just don’t get it. Anyway, Heather was familiar with Savannah and had lived here for brief writer meditation periods, but didn’t know much about the ghost scene of Savannah. She arrived with headphones attached to a very cool 4-Track recorder and after sitting on a bench in Monterrey Square around sunset and did a “Testing, Testing, Testing 1-2-3,” we went off into the night together as we discussed many subjects tied to Savannah’s weirdness and mysticism, real and imagined. 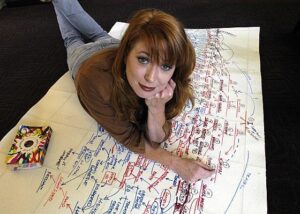 Heather has a very silly kind of demeanor and was a lot of fun to be around. We had a natural repoire and I just did my best to conceal that I really just wanted her job instead of my own. She made it easy really and it was kind of like we were just hanging out as friends more than as interviewer and interviewee. To our credit, the NPR folks after hearing it, told her they didn’t just want to use me in a soundbyte, but wanted me to have the whole 7 minutes of the episode. This was manna to my ears! I felt like I was following in the footsteps of my heroes or something! Joining the ranks! And yeah, as my mom was a fan of NPR, I think as her son I couldn’t wait to tell her!

On premiere night, which was around Halloween if I recollect correctly, it sounded so smooth. Diana narrated the front end and the back end, introducing the episode and to me the coolest thing of all, was the music that they used to close out the episode and not sure if that was Heather’s choice or not, but it was music after my own heart — Massive Attack. Which at that time, was the coolest kid on the block. Unfortunately my own recording version in this article doesn’t really let you hear it-hear it but to me, it was the icing on the cake. Heather also did an amazing job with the narration and of course, I bow to her for her production of it and honoring me with the participation. Heather has since become a novelist, writing several smart story books that allow the reader to kind of go their own direction with different options. Yes, like grown up Choose-Your-Own-Adventure-Books. I’ve got them all autographed. Last I heard she’s writing a novel where I’m a character driving a tour bus in Bonaventure and something about me carrying around the head of a statue but that’s that last thing I’ve heard….

One of my greatest validation moments regarding came later, at go figure, a coffee house. My home away from home was Savannah’s The Sentient Bean on the south end of Forsyth Park. Still the city’s best I think and occasionally I moonlight there reading poetry and telling an adventure story on stage. I was talking to a newly arrived barista, and while he was making up my latte, we mentioned what brought him to Savannah. He said, “well I grew up in Minnesota and years ago I heard this story on NPR about Savannah being haunted and after that, I knew I wanted to be here.” Yes, job well done and one more recruit secured for Savannah. 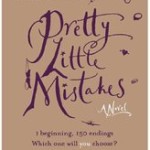 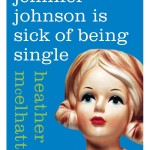 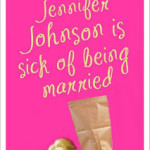 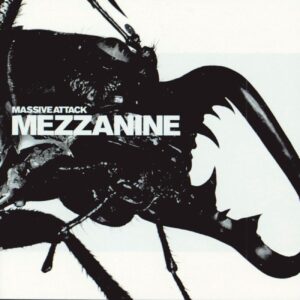