“We may have all come on different ships,

but we’re in the same boat now.”

Somewhere between waiting tables, giving tours and running a deli, I still found time for politics. My friends and enemies will tell you this comes as no surprise. Just being in Savannah with such long and revolutionary past, brings it out in those paying attention. Savannah makes you want to stick up for the place and its contents. Thus, per one cause I took up at 22 years of age, I found myself on a late night phone call basis with one of the forerunners of the Savannah Civil Right’s movement, W.W. Law or “Mr. Civil Right’s as he was affectionately known. When I say that this man was and is revered in Savannah? I mean he is RAH-VEERED. Not without critics of course and some of them rightfully, but there’s no way we’d have greater black heritage learning, monuments, museums, and tours without W.W. Law’s role in culture. It was his life’s great work. He fought the fight to get it to the point where all of these things could be more appreciated.  Savannah’s Ralph Mark Gilbert Civil Right’s Museum, that Law helped to create, was named for his own pastor mentor from The First African Baptist Church. Mr Law was older than Dr. King by 6 years and it reminds me that Dr. King was sort of “the baby” of the movement and although becomes the movement’s great darling, he was really walking around in the footsteps of many forebearers that had paved the way. W.W. Law one of those elders or perhaps a slightly older cousin, but as someone put it to me, King understood that Savannah had its own thing and was doing it well.  All the same, W.W. Law eventually became President of the NAACP Savannah Chapter from 1950 to 1976. Of which, during, he conducted sit-ins, wade-ins at Tybee Beach and in 1960, would famously lead “The Great Savannah Boycott” which prompted Savannah to become the first city in The South to declare all of its citizens equal — 3 whole years before the actual Federal Civil Right’s Act. No small feat and clearly, Dr. King was aware of his work and it appears there was correspondence from Law to King, but am uncertain if much more existed there than mutual respect. Personally, I came to know Mr. Law in his “retirement” years after his 4 decades as a mail carrier. Which is funny because that’s how I first knew him, as a mild-mannered, mail carrier. I only new 2 carriers by name then. Mr Law and Charlie Chaplin. Yep, his real name. I remember Mr. Law was reserved and a man who knew the value of relationships and chose his words wisely. I’m not sure what Mr. Law made of me as a young rabble-rouser exactly, but regarding my concerns over a local racist in a position of influence, he was an eager listener and pointed me in some directions that in some respect led to the fall of said individual. Or maybe they fell on their own sword. Even so, I gave them a little nudge with Law’s guidance and I’ll share that story gem at a future date. Through the years, colleagues recalled that Law was so humbled by his role in life, that he wanted nothing named for himself after he was gone. To the extreme that he insisted that no one was to know where he would be buried in Laurel Grove South Cemetery. I can only speculate on this point but believe that W.W. Law felt that he’d be permitted to stand on the backs of giants. He seemed to realize that much like the concept of the mailman, he saw himself as a simple steward of history’s message, not so much the author. Like a good mailman, W.W. Law just wanted to make sure it arrived safely and in good shape. I will humbly offer that he more than succeeded. I hope he will not be displeased in me saying that he now has one of the loveliest of headstones in the cemetery. Long live “The Mailman!”

I suppose I bring all of that up, not to just namedrop, but to say that in moving to Savannah, I had no concept that I would be introduced to so many interesting people or see so many interesting things or moreover, be as touched by the spirit of Civil Right’s history. Granted walking into Savannah, knowing nothing, the excitement was certainly in the air, but really I just come here to go to art school. I had no specific knowledge of its connection to Dr. King or others. In my Midwestern schooling, I’d read about things more epic to Atlanta or Selma or Birmingham. The only other thing outside of my general education that I had knowledge of, was that my mother’s high school in Sturgis, KY was featured in LIFE Magazine in 1956 during the hallmark case, Brown vs Board of Education. The Sturgis Consolidated School was being desegregated and there were National Guard tanks and other military vehicles around as 9 or 10 black students were lead to school. Some coal miners and farmers had raised a stink but more curious seeker showed up than mob so don’t think much came of it past the first days. My mother raised Christian, had no issues with it personally and it was about as much excitement as her little hometown ever had or has had, since.

I grew up in Rantoul, Illinois, a small farming town with Chanute Air Force Base as a major economic anchor. Rantoul was a place where frankly black people were neighbors, friends, fellow churchgoers, your parent’s teaching peers and our teacher’s too. They came over for bridge night. We all went to church together, were on the same sport’s teams, swam in the public pool together and all of the kids played in the neighborhood together. You know, what America should be. Among us, there were military brats of every shade and I noticed they were either tainted by racial things from traveling so much or because of that experience, were the most mature and even less bothered by it. Now and again, some kids in my town tried to force “race fights” after school and I went to watch if just for the sheer disbelief. It didn’t feel “real” or based on anything. In fact, such fights always petered out because there were no true animosities beyond the contrived. That “stuff” was for adults in other places and we were too busy being kids. Even if some of the parents might have been racist, we were the smarter end of the day. Those who acted racist just struck us as simply “mean” and were only lashing out with bad words but it wasn’t stamped on their souls. Our parents didn’t raise us naively. We knew about “haters.” There was nothing deep seeded in my hometown. I think a lot of us kids genuinely loved each other. None of us felt oppressed by history even if we understood there were those who had been. Kids aren’t stupid. We knew to feel lucky. Sure, we had cliques, but we didn’t feel integrated, desegregated or tiptoe around racial ideas or language or communicating. We were here now as peers and of the present mindset looking to a better future. And every kid I knew well? They loved Dr. King because of I Have A Dream. It echoed in us. We were the “little black boys and girls will be holding hands with little white boys and girls” right now. We were his dream inheritors. Benefactors of all of those who had fought for, lived, lost and loved to have that. We and our families were proof of King’s “ought-to-be America” and that it could be. This spiritual knowing gave us unconscious strength and even as kids, we knew we were going forward. 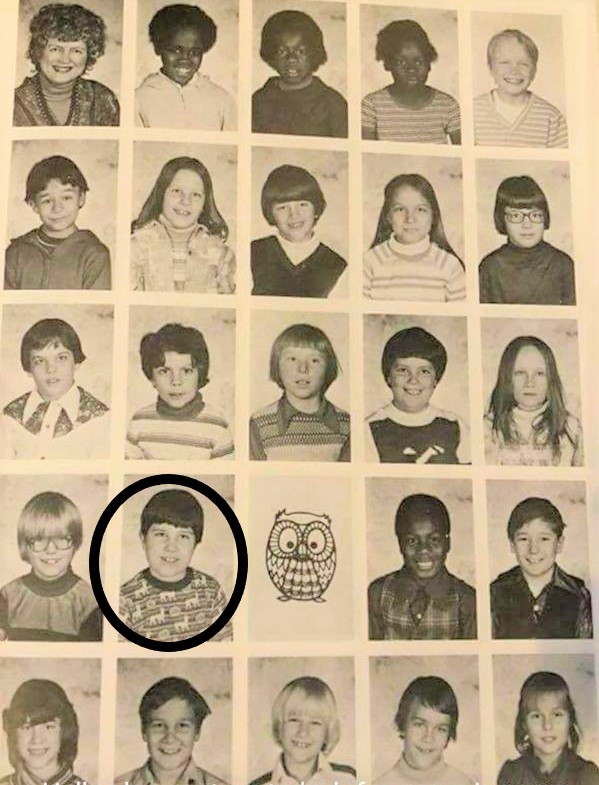